Russian sports reputation and its status as an Olympic team go on trial in the coming week. The Court of Arbitration for Sport will begin the hearing on Monday. They will look at the evidence and will listen to testimonies throughout the week.

The trial will take place at an undisclosed location. The Court of Arbitration will take a closer look at the manipulated database from the Russian testing lab. The World Anti-Doping Agency asked the panel to ban Russia, its anthem, and flag from the Tokyo Olympics and the 2022 Winter Olympics.

WADA will allow Russian athletes to compete in tournaments if they are not part of the doping scandal. However, Russia lost its right to bid and host major sporting events for four years. WADA goes against its Russian affiliate, RUSADA. The former said that the latter was non-compliant since December. Thus, Russia wants to dispute the decision and the proposed sanctions. 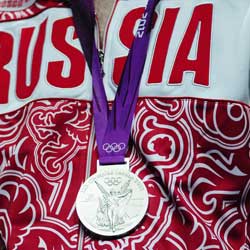 According to sports news reports, Russia is on trial for mishandling their database. They gave the database to WADA investigators in January 2019. However, WADA said that emails and details of the tests were removed from the database. Also, the Russians tried to frame whistleblowers through false trails.

RUSADA denied any wrongdoing based on pay per head sources. Also, they claimed the punishments violated the principle of proportionality because they lacked a legal basis. The government blamed a western conspiracy after WADA started their investigations in 2014.

IOC postponed the 2020 Tokyo Summer Olympics by a year. It gave the Court of Arbitration enough time to resolve the case.